Wollongong fencer cuts through her opposition 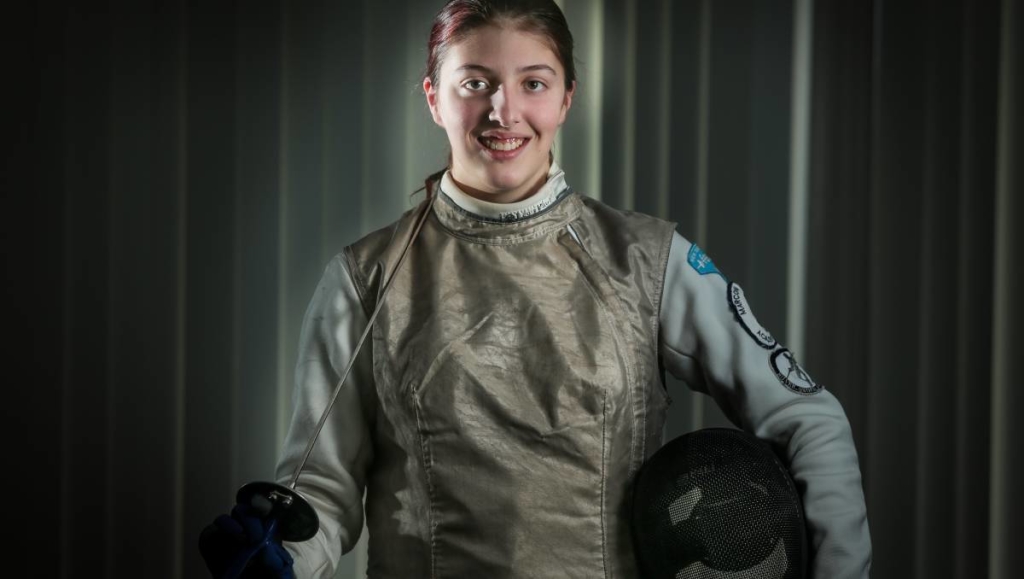 It was just five short years ago that Courtney Buchanan’s passion for the sport of fencing was sparked by the adventures of Mallory in The Spiderwick Chronicles’ books.

Today the 14-year-old from Wollongong is considered one of the best up and coming female fencers in the country.

Next week the Illawarra Academy of Sport athlete and Australian representative will head to South Africa to compete at the Commonwealth Cadet and Junior Fencing Championships.

Courtney will represent Australia in the U17 women’s foil, U20 women’s foil as well as part of the junior under 20 national team.

She is hoping to at least match her impressive showing at the South East Asian Games in Manilla, where the talented teenager picked up a bronze medal in her division.

But before heading to South Africa for the championships which run from July 10-18, Courtney will feature at a national U15 camp in Sydney this Saturday. Fencers from throughout the country as well as New Zealand and Singapore will take part in the July 4 camp.

Courtney said she was looking forward to the camp and South Africa.

“I can’t wait. I’ve been training really hard and hope to do well in South Africa,” she said.
See your ad here

The St Mary’s Star of the Sea College year 10 student never thought fencing would play such a big part in her life.

“Reading all those fencing books stuck I guess and after taking part in a family fencing day in Wollongong, I was hooked. I’ve been doing it ever since,” Courtney said.

The youngster credited her coach Dr Arash Karpour for improving her fencing “out of sight”.

“I do about three sessions a week, including fitness and strength conditioning sessions. Arash has helped greatly and is a fantastic coach,” she said.

Karpour, who is considered one of the top rated coaches in the country, had high hopes for Courtney.

“She is very talented and committed. I’m sure she will do well,” he said.

Courtney has been travelling to Sutherland to train with her coach, but soon she will only have to go as far as Helensburgh to train at the Silversword Fencing Academy.

Karpour will open his Silversword Fencing Academy in Helensburgh Community Hall from July 15. Having honed his coaching skills under the former Italian Olympic and current Australian fencing coach Antonio Signorello, Karpour specialises in teaching students aged 8 to 18 and is recognised as a foundation coach for some of Australia’s highest ranked young fencers.

“Fencing is a combat sport involving three different weapons – the foil, epee and sabre – that approximate those used in historic sword fights. Fencing has a great many benefits for young people. It has strict codes of sportsmanship, helps to develop hand eye coordination, quick reflexes and strategic thinking,” he said.