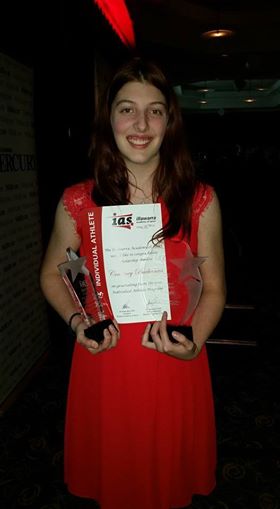 Courtney Buchanan showing off her trophy and IAS award.

In recent fencing news, SilverSword Fencer Courtney Buchanan has worked tirelessly this year and her efforts have been recognised. Not only has she repressed Australia at the Commonwealth Games in South Africa, she has now won the IAS Illawarra Mercury Tobin Award and IAS Individual Athlete of the year.

The SilverSword Fencing Academy Coaches all congratulate Courtney on her well deserved achievements.