Silversword Fencing Academy organised a camp with her allied clubs in Escrime PAYS D’Aix, in Aix-en-Provence, France and Escrime Antonio Di Ciolo, in Pisa, Italy. The Silversword coaching methods and philosophies are very similar to these two European clubs, which have proven highly effective producing successful fencers with superior skills. These two clubs are some of the world’s best-known fencing schools for producing world-class fencers and Olympic champions. The athletes who participated in this program are some of Silversword Fencing Academy’s hardest working and talented fencers. Some of them had just won the gold medal at the State Club Championships only a month before.

The Silversword squad landed at Marseille airport and was greeted by the French coach, Amir Shabakesaz. 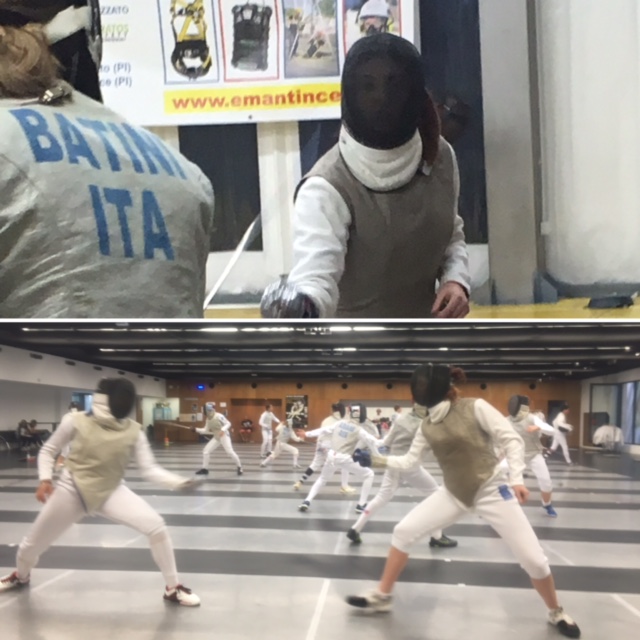 Amir and Leonel Plumenail are the French junior national team coaches who are currently training and developing the selected national junior athletes based on an intense and elaborate program. Silversword squad joined the cadets and the junior team during training, lessons and drills. Many positive relationships were formed, skills were honed and deeper techniques were discovered.

After a week training with the French we travelled down to Pisa. There we trained with Antonio Di Ciolo, Simone Piccini, Enrico Di Ciolo and Alessandro Puccini. The Di Ciolo club is renowned for their freethinking technique in training and philosophy of fencing education. Here the team also met and fenced with Martina Batini and Chiara Cini (National team members of Italy and Two of the top five world ranking fencers). This was an amazing experience for the team.

You can’t go to Europe without doing some sightseeing! After Segway-ing it through the streets of Marseilles and seeing the leaning tower of Pisa and its surroundings the team came back with some wonderful memories, photos and experiences.

The team returned to Sydney after this three-week tour feeling full of new knowledge, enriched by the experiences and welcomed into the arms of these clubs. It was an incredible experience for all involved and is not likely to be forgotten soon. We can’t wait to see what our new relationships bring – perhaps new camps in Sydney in 2017 with some of these amazing coaches and keep an ear to the ground to hear our new destination for another world tour in 2018.